Description of equipment and services supplied.
In many Laser Research applications it is necessary to have the ability to manipulate a very small target sample in three dimensions in order to direct the Laser power at precise locations on the target sample. This can be achieved by initially acquiring a metrology image of the target using a laboratory based Vision System with high levels of Zoom and magnification. The acquired 3-D co-ordinates are then replicated on an identical positioning system within the Vacuum target chamber for target processing.

Micromech Systems Ltd designed and built a complete Target Metrology desk station with integrated PC and Vision System for carrying out this process. The in-vacuum target positioning system was also supplied under a separate contract for the actual target processing in vacuum.

The metrology system included vision software screens for the user to achieve maximum magnification and size referencing on a wide range of targets. Some target areas have overall dimensions of a few tens of microns. 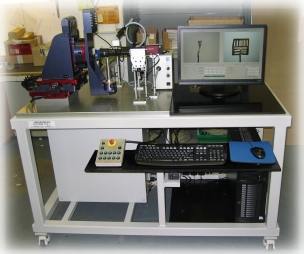 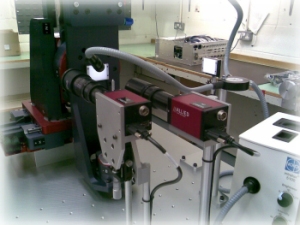